In 1980 Leonard Belle always played his records and tapes for his son Preston Belle today known as DJ International Wigg everyday after work. This would be their father and son bonding time over music, and just those moments of bonding sparked and began a musical journey for DJ International Wigg.

His father had him listening to reggae artist Dennis Brown to Vocalist like Nat King Cole and Jazz bands like Duke Ellington along with other artists like Commodores, The Stylistic, Marvin Gaye, The Beatles and so many more his music selection was large. By Early the mid 90s DJ International Wigg along with 3 other guys forming a dj group called “Black Heart Sound”.

In junior high school he would do house parties and have reggae Dj battles in New York City. This is when Dj International Wigg’s passion and love for music began growing and when he decided he could go far in the business as a DJ and make history.

In late 1997 he was inspired by his couisn “Jah Born” Production company “Galaxy Nine Productions”. His cousin “Jah Born” is a producer who has made the track for “Erykah Badu” hit song “On & ON.” This made DJ International Wigg start producing and teaching hiself how to work on drum machines and he learned how to engineer music in the studio as well.

His father Leonard Bell paid for him to go to Jamaica for 1 year and becoming a intern For Reggae Producer “Gussie Clarkes” at “Anchor Recording Studio,” while there he worked with audio engineer “Dr Marshall”, who was the lead engineer for the multi-platinum recording reggae artist “Shaggy”, on his project called “HOT SHOT”. This experience sealed the deal and DJ International Wigg was set on being a producer, engineer, & DJ. 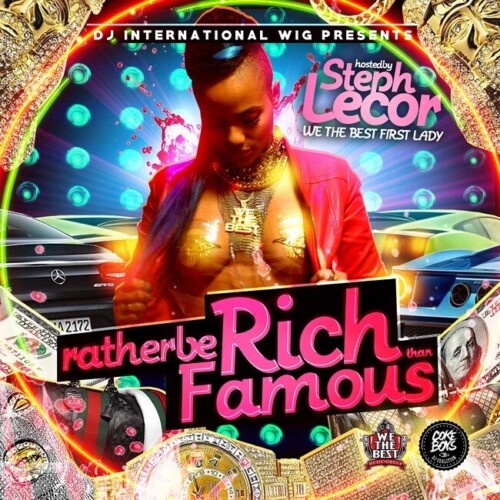 So once he returned back to America he moved to Houston there he opened up his own studio. He began working with so many artist such as Mysterious from Making The Band 2 who is currently known as Misty Blanco The Blaquanese Rockstar, Lil Flip, Kat Williams, JT The Bigga Figga, Baby Bash, Paul Wall, B2K, Lil O, Orlando Brown, Brian Micheal Cox, Trey Songs and Spider Loc just to name a few.

After putting in so much work in the mixtape circuit he began working with labels like MMG doing mix tapes with Triple C’s, Rick Ross, Gun Play now known as Don Logan, Young Breed, Torch and artist Yung Dice. Dj International Wigg then met up with French Montana and The Cokeboys. DJ International Wigg become a DJ for the Cokeboys in miami dropping mixtape every 2 weeks.

List of artist DJ International Wigg has worked with: